Today we released Fast Video Cataloger 4, as usual the update is free for customers.

Download it today and test out the new Auto indexing feature 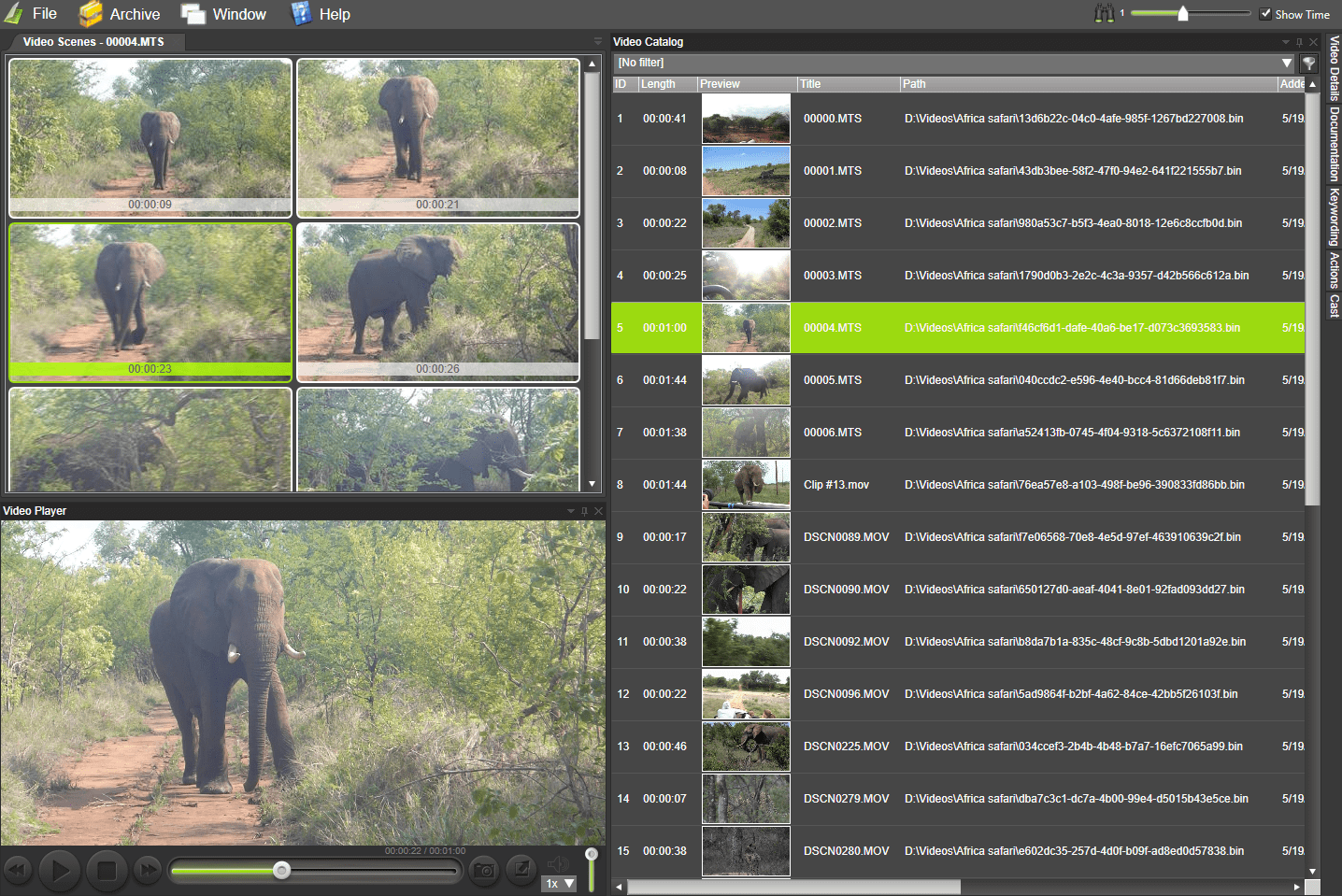 We have been hard at work to bring new features to you as well as improving a few old ones.
Some customers have reported challenges that we track back to video codecs. To address this in an easy way for you as a user, we have included a set of video codecs inside the Fast Video Cataloger software. This means there is always a working set of video codes for playing and indexing files as a fallback, if the ones on your PC does not work properly. It should give an even more stable experience when playing and indexing lots of video files. You find how to switch between different codecs under preferences/Video player.

Sometimes you need that simple password protection on catalogs so they are safe from curios eyes. I used this recently when I needed to turn my computer in for service. You find the password feature either at the creation of a new catalog or in the File menu in an old one
One of the most anticipated features has been the Auto indexing setting. Point to any folder on your disks to be watched by the program. When Fast Video Cataloger run it will identify new video files inside the folder to add to the catalog. This means you can have a Dropbox folder shared with others where you keep your videos.

When you need really tight security you can use the masking feature of Fast Video Cataloger 4. This heavy encryption is done on a video file level so even the video files and filenames on your hard disk is encrypted.
Be careful though. This is a full strength encryption 256 bit aes encryption and we do not have any backdoors. I.e. if you lose the encryption keys there is no way for us to help you get the video back, please use this feature with care!
With this feature comes the capability for Fast Video Cataloger to play video files downloaded with Videodownlodhelper. This is a popular Video download helper add-in for Chrome.

We are very pleased with the way Fast Video Cataloger 4 has turned out and hope that all of you great customers continue giving us feedback and support.

Why video search and video discovery is only half the truth 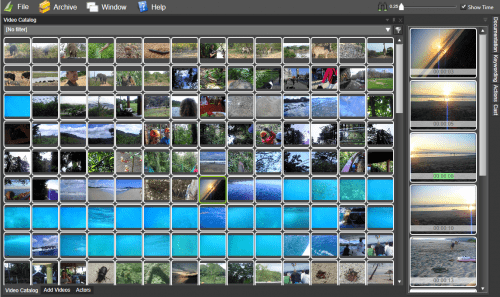 Videos are easy to produce via iPhones, GoPros, Dropcams, HD DSLRs or any screen capture software. Information in video format is becoming as common as text to more and more people and it has just only begun. This video revolution creates a problem that is easy to overlook – at least until it grows widely out of control. A desperate need to handle videos better and creates opportunities for new companies alongside the giant youtube. One such area is Video Discovery as we see by Jinni, Popscreen and Reddit.tv. These are of course following in the wake of the gigantic Youtube but they seem to address a real problem that people want solved.

Video Discovery is usually defined as digging up entertaining videos online that you did not knew existed. It can be video discovery for linear TV, Video on demand, youtube videoclips, editorially or socially curated video feeds, etc. and differs from regular search for videos since you have no idea what you are looking for. I would argue, however, that the online video discovery is only half the problem on videos and therefore only half the solution.

The other half of Video Discovery is about your own videos. Finding the right video clip is really difficult when you have thousands of videos on your drives. Myself, I have the challenge of family videos dating back to 2004 that is ordered by date. When I try to find a video I have a memory of I can choose between guessing until I find the video I am looking for or I use Fast Video Cataloger to find it in seconds. It becomes really clear when you dont know what you are looking for, that you need a great tool for family video discovery. Video discovery is one of the new features in Fast Video Cataloger that I have used almost every day. I now enjoy the pleasure of getting entertained by my own family vacation videos that I have forgotten about. This video rediscovery topic is important and your own videos always outperform the new video of cute kittens in entertainment value.

We have changed the visual look and feel with the arriving of Fast Video Cataloger 3 to make users of other professional video tools feel at home. I will walk you through the most important improvements in more details soon but first a quick introduction. The interface is still focused on giving all the freedom you need to create your own perfect workstation. In addition to supporting multiple monitors in a natural way, FVC 3 fit perfectly into your family of favorite video tools via the new possibility to add your own Actions and connect them to the other programs you are using. The visual overviews of videos and video scenes are now adopted to the feedback we have received from our Fast Video Cataloger users. We redesigned the player according to the new look and added tools to help in cataloging videos inside and outside of our tool.
We hope you will enjoy Fast Video Cataloger 3 as much as our beta testers have. We strive to help you work cleverly with video clip libraries whether it is your collection of POV Go Pro clips or your business real estate videos or something else entirely.

Try it out today, it just takes a few minutes to get started.
Click here to download