Thumbnails that auto fit to windows size for easy browsing

We changed the default way thumbnails are scaled. Don’t worry; you can still switch to explicit scaling as in the earlier versions with a simple check-in box.

The why and what on autofit of thumbnails?

We had a bunch of similar feature requests from several users explaining a challenge in their everyday use of Fast Video Cataloger and it goes something like this. Sometimes or quite often when browsing your video catalog you need to look through the inside multiple video clips in a fast manner. This can be time-consuming, depending on your setup of monitors, layout, and video catalog structure, as you might find yourself scrolling a lot in the Video scenes window to make sure you cover everything in all your videos. Since this is a hinder that slows down a common use case we wanted to find a way to speed it up.

The idea of the Fit feature for thumbnails in Fast Video Cataloger 8.1 is to make this as easy as possible. You can switch it on by checking the Fit feature, situated to the far right, in the View menu.

When the Fit is checked the program will do its best to fit all of the thumbnails for the selected video in your window. The goal is to do so without you needing to scroll at all making a browse through of videos much faster. It comes in very handy when you are working on larger screens or multiple screens. 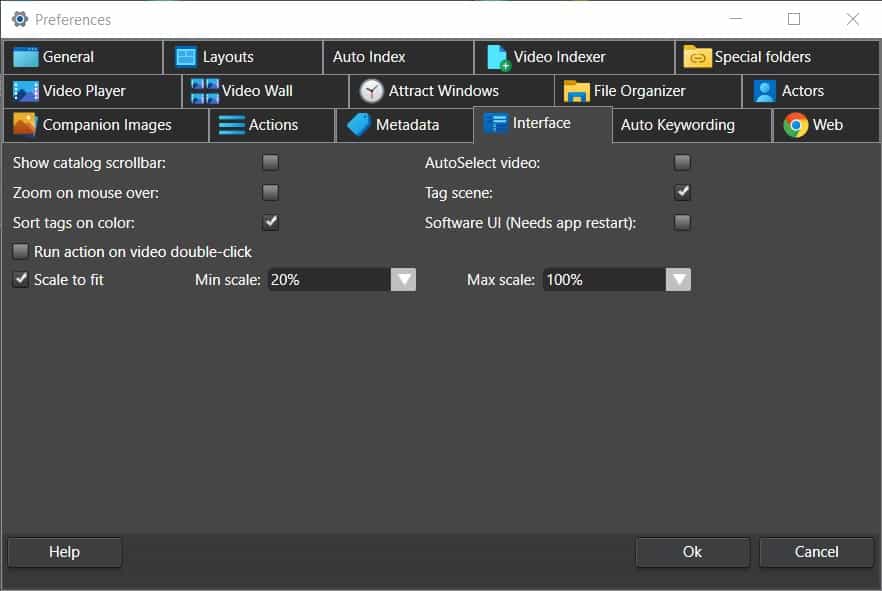 There will always be cases when this approach can not work, for videos with many thumbnails or setups with a small thumbnail window. But, for the cases that do match, this will be a good improvement to speed up general browsing. 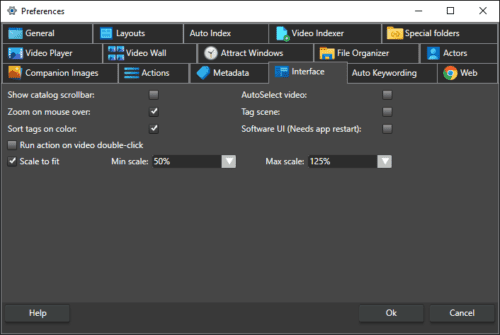