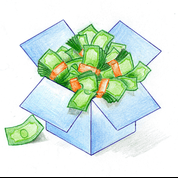 If you are one of the over 50 millions using Dropbox as your favorite cloud storage and file synchronization service, Fast Video Cataloger will add extra value to your video workflow. If you don’t know about Dropbox than you really should try it.Fast Video Cataloger works with folders on your PC, same way as Dropbox does. This means you can create a FVC catalog that indexes every video you and your team upload to Dropbox. This is is easily done in 3 simple steps.

When you have the FVC + Dropbox setup ready you get an instant overview inside your catalog of any new footage that needs attention. Since you are creating your FVC catalog in your Dropbox you instantly get a great collaboration tool. You can comment and add keywords on scenes that needs extra work or you can point to other scenes that you want your staff to be inspired by.

Download the full functional trial version and test it yourself. No email is required.

One of the things I love the most about Fast Video Cataloger is that you can create a catalog of your external video drive and then have that catalog available to browse on your computer when the external drive is unconnected. Watch this video to see how easy the video catalog is created.

The Fast Video Cataloger 1.50 features a flexible user interface that can be adopted to your video workflow. You can hide windows you dont use or move them around to fit your needs.
Watch this video where I show a few different setups of user interfaces.