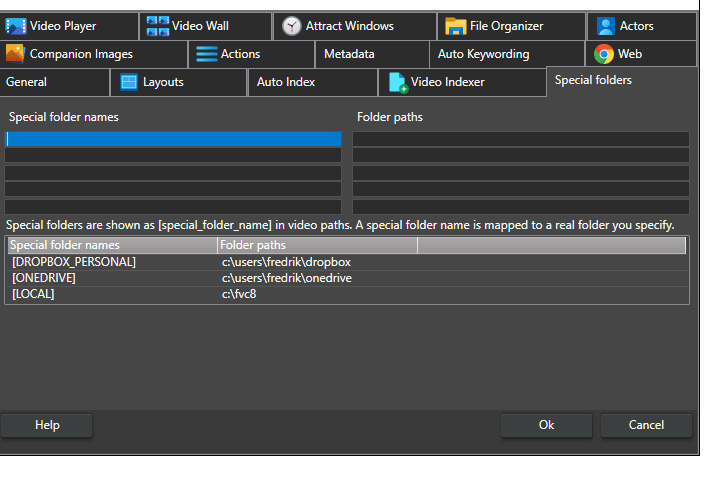 A special video folders is a label you assign to a root path. By using special folders instead of absolute paths you can later move any videos below that root path to another location, update the special folder path and all the paths in the catalog will work.

How to work efficiently with video folders explains this in more details and why this is good practice.

Fast video cataloger has a few build in special folders. If you have dropbox installed then the dropbox will be a special folder that is always set from your local configuration. This means that if you add a video from a drop box folder and move that catalog to another computer with dropbox the paths will be automatically updated.

Onedrive is another special build-in folder that works the same way as dropbox.

The local special folder always points to where the video catalog is stored. This lets you specify relative paths for videos. If you have a folder structure with the catalog in the root and videos in subfolders they will still work if you move the whole file tree to a new location. 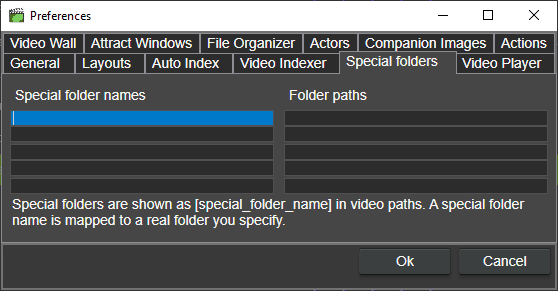 Special folders act as labels you can assign to a root path.