But, what is a 64 bit video program? What is the difference between a 64 bit and a 32 bit program and why are we making this change?

In short, a 64 bit program is better equipped to handle large amount of memory and that is why the next major update of Fast video cataloger will be 64 bit. 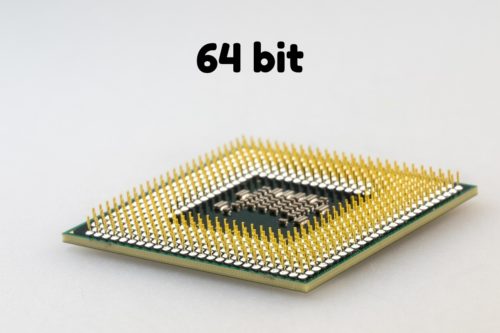 Here is first a bit of a simplified technical background…

On Intel CPUs software can run in either 32 bit or 64 mode.

In 32 bit mode programs are limited to use 4GB of address space. 32 Bit programs and can be run in a 32 bit or 64 bit version of windows.

The 64 bit desktop version of Microsoft Windows has been available since Windows Vista. Today just about everyone is running on 64 bit windows.

To check you’re your operating system:
1. Open System by clicking the Start button, right-clicking Computer, and then clicking Properties.
2. Under System, you can view the system type.

I have been a bit reluctant to move Fast Video cataloger from 32 bit to 64 bit because;
• A 64 bit program use more memory than a 32 bit program (since each pointer is twice the size).
• Support for 32 bit directshow codecs used to be rare and of lower quality because they were not as well tested.
• Anyone running a 32 bit operating system would not be able to run the software.
• It was not really needed.
• It hides memory leaks that the 3 GB limit forces us to address.

Today, just about everyone is running a 64 bit operating system. Driver developers are planning to drop 32 bit support: nVidia announced they will stop supporting 32 bit operating systems. Directshow filters are common and well tested and last but certainly not least we start to actually need more than 3 GB of memory.

The main reason for the need for more memory is the higher and higher resolution of videos. Just playing a 4k video with the exceptional filtering provided by MadVR consumes a great deal of memory. If you also capture high resolution thumbnails in the program it all adds up. This year we are actually starting to see rare cases of crashes just because we are running out of memory. When a 32 bit program reaches 3GB of memory it will simply crash or stop working as expected even if there is free memory on the computer.