Fast video cataloger 1.50 is now available for download from the download page. This is a major update and it is free for all current customers, and as usual a trial is available.

Get the latest verions from the fast video cataloger download page.

This is a major update with four great improvements:

– The user interface has been completely reworked. Windows are now dockable so you can create and use your own prefered window layout. I have also updated the look a bit to make it all feel a bit more polished.

– The fullscreen mode has been reworked. In the past versiones there used to be a button to make the video window large. In this update I changed that so Fast video cataloger now has a real fullscreen mode.

– When the trial verision expires you can still use the software to view catalogs and play videos.

– The installer now asks if you want to install the new recommended cccp codec pack instead of ffdshow. 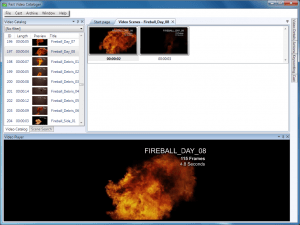 Please give it a try and let me know what you think. Personally I think this is the biggest improvement since the program was released.

To play videos in most windows program you first need to install codecs. If you are an advanced video user you can probably install what you need. However, perhaps you don’t want to waste time doing that or just don’t know how to do it?

As a developer of some video programs the number one problem I hear from my users are related to codecs. Users are asking me why some or all of their video files not working, or not working as they should. Most of these issues are related to problems with missing or badly installed codecs.

Another, easier, option to get the required codecs onto your computer is to use a codec pack. A codec pack is a packet with a number of codecs (direct show filters) that you install at the same time.

You should be aware that there are a number of bad packs that will install codecs that are incompatible and can ruin your computer. It’s also a really bad idea to get a bunch of codec packs and install them all. However, if you don’t go overboard installing a good codec pack can be a simple solution to your video playback problems.

I have for the last couple of years recommended the ffdshow direct show filter pack. The fast video cataloger installer even asks if you want to download and install that ffdshow pack as part of the installation process.

After a lot of testing I am now recommending The CCCP (Combined Community Codec Pack).

In the coming update of Fast Video Cataloger we will ask if you want to download and install this package instead. So what’s so good about it? Well first of all there are no adwares or malware installed with the pack, though you did not get that with ffdshow either. The cccp does install all the codec filters that ffdshow installed, ffdshow is actually part of the package being installed. It also installs the Haali media splitter that you need for processing videos in some formats including mp4.

All in all CCCP has worked fine on all computers I have tested it on and it’s my current recommendation for a codec pack. You can download it either from the projects homepage at http://cccp-project.net/

We have reworked the whole user interface in the 1.5 version of Fast Video Cataloger to make more people happy. I wish to highlight my to favorite improvements. 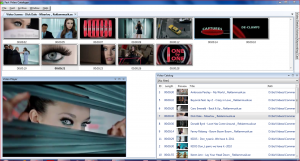 We all have our own specific preferences on how the tools and software on the computer screen is best organized. With dockable windows you can easily adapt Fast Video Cataloger into your personalized video workflow. Each window can be dragged, re-sized and moved around separately and you can hide the features you are not interested in at the moment. This is especially great if you are blessed with more than 1 monitor. Spread out your Fast Video Cataloger windows over your multi-monitor workplace and get a great overview.

All windows you have hidden can always be unhidden from the Window category in the menu.

The old player have been replaced and we have introduced a true full screen mode in Fast Video Cataloger 1.5. 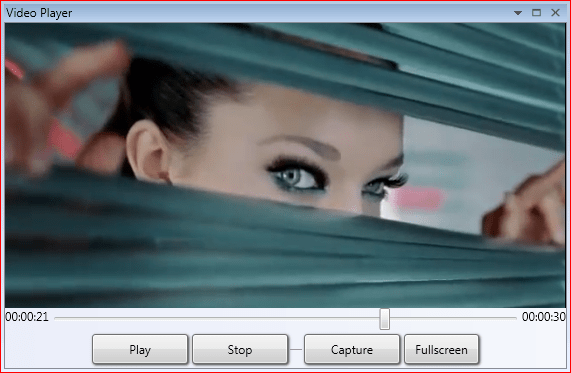 We are very excited about the new 1.5 release of FVC and we are looking forward to hear your feedback as always.